Al Tayer welcomed the Deputy Prime Minister and visiting delegation, emphasising the importance of the Italian-Emirati relationship which is based on peace, dialogue, cooperation, and openness. Al Tayer affirmed that the UAE and Italy have built an important trade partnership, and reviewed their historical relationship which dates back to the 1970s.

During the meeting, the two parties discussed strengthening cooperation between DEWA and Italian companies in energy and water projects in Dubai and the UAE. They also discussed strategic cooperation between DEWA and Italian organisations and companies in the water and energy sectors, particularly in the production, transmission, distribution, renewable energy, energy efficiency projects, digital transformation, and automation.

Al Tayer presented DEWA’s key projects, initiatives, and programmes that support the vision and directives of the wise leadership to anticipate and shape the future.

Al Tayer noted that DEWA currently has an installed capacity of 11,100 megawatts (MW) of electricity and 470 million gallons of water per day. This supports the Dubai Clean Energy Strategy 2050 to provide 75% of Dubai’s total power output from clean energy sources by 2050. To achieve this, DEWA launched several renewable programmes and initiatives, including the Mohammed bin Rashid Al Maktoum Solar Park, the largest single-site solar park in the world based on the Independent Power Producer (IPP) model, with a production capacity of 5,000MW by 2030 and investments totalling AED 50 billion. Upon completion, the solar park will reduce over 6.5 million tonnes of carbon dioxide emissions annually and provide thousands of jobs in clean energy and green economy.

Discussions between the two sides focused on enhancing Italy’s participation in the 21st Water, Energy, Technology, and Environment Exhibition (WETEX 2019), held under the umbrella of the 6th Green Week, and the participation of Italian universities in the Solar Decathlon Middle East (SDME).

The Italian delegation expressed interest in participating in DEWA’s leading clean and renewable energy projects. The Italian Deputy Prime Minister commended DEWA for its efforts in achieving sustainable development in Dubai, stressing the importance of sharing best global experiences and practices in the fields of renewable energy and energy efficiency projects. 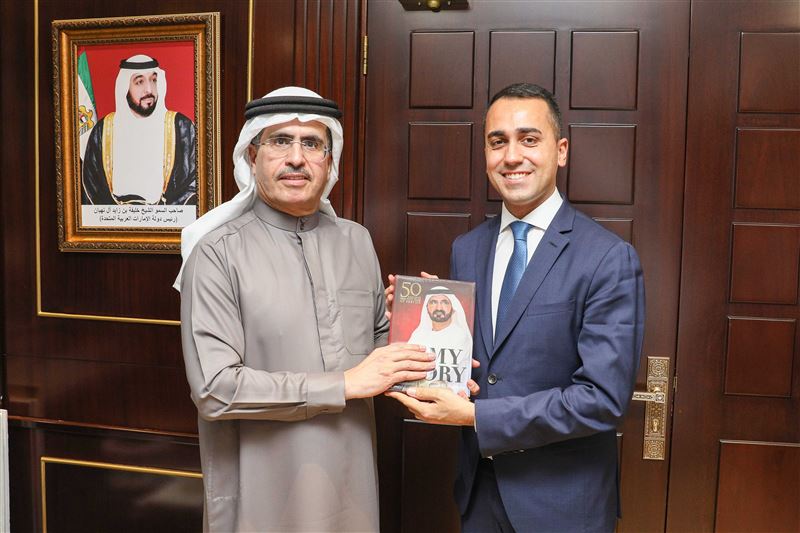